I like to get artists' autographs on Promo cards. Anyone know of any Promos done by these folk? This is what I know:

I'll have extras of George's promos at the show. Frank Kadar should have as many as four cards, including the P27 on his table. Just ask.This message has been edited. Last edited by: Bill DeFranzo,

H_Toser
Bill~ Artist Tom Bunk will be exhibiting as well. I don't know if his artwork has appeared on any promo cards but he's done a lot of work in Garbage Pail Kids and Wacky Packages.

You may see Jeff Zapata at some time at the show as well.

This will be a 5 card set SERIAL NUMBERED to 25 sets! Exclusive to the show!

Artwork by the talented Richard Ortiz! Serial Numbered to 99 copies!

Batman
A quick note as always there will be an informal get together at the Red Robin on Saturday night around 9, just hobby friends hanging out, silly hats, box breaks, snacks, and of course, beers! Stop on by if you can.

Curler
Have a great time everybody! I wish I could be there too.
allender

quote:
Originally posted by Batman:
A quick note as always there will be an informal get together at the Red Robin on Saturday night around 9, just hobby friends hanging out, silly hats, box breaks, snacks, and of course, beers! Stop on by if you can.

Milkshakes. (I'm trying to continue a new tradition.) Sorry I missed you all this time around, but I had four different conflicts back home!
barobehere
I wish you all well! I hope to make it in the spring or fall of 2016!
Matesamo
We made it to our first Philly show to record a video for our YouTube channel and it has been awesome so far. On the five hour ride my wife was asking how long we were going to stay, now I can't pull her away from a table where she is going through box after box of cards. In fact I just had to make a run to the car to drop off our purchases so we could have our hands free to browse.

Bill DeFranzo
My focus this time was on vintage high-grade singles from the 50's and 60's. I had no problem finding dealers happy to take my money. Win, win! Great show! I can't say enough about the people who were chosen by the manufacturers to represent their companies and the artists were superb!

H_Toser
Here are some pics from the show. These are all taken by Batman. Thanks Batman for getting some great shots.

The back of one of the show exclusive metal cards

One of the Cryptozoic Entertainment tables

An Orphan Black shirt just waiting to be cut up for costume cards.

Elaine Perna
Awesome photos. Thank you for posting them. I wish I could have been there.

wolfie
Thanks for doing the photos, everything looks great.

Matesamo
We enjoyed our family trip to our first Philly Non-Sport Show (along with stops at the Pandorica restaurant and Sleepy Hollow) and are already talking about returning next year. One thing that my wife made mention of was how friendly everyone, dealers and customers alike, were to us. It was a fun day for everyone and a great first impression!

If anyone is interested we posted a video recap of the show along with all the stuff we bought at the show on our YouTube Channel - it is a little long but the footage from the show starts off the video so you do not have to sit through our purchases.

We are also running a contest giving away two sets of Philly promo cards as well. Check that out if you are so inclined. If not here are some photos from the show! 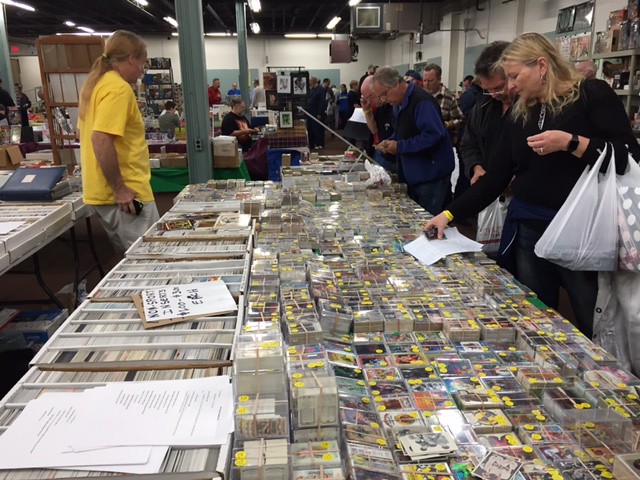 There were cards as far as the eyes could see. It really was amazing! 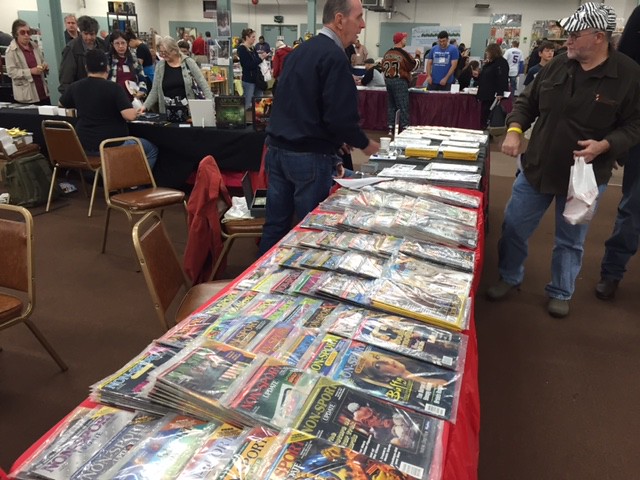 I think I am missing some of these issues from my collection, lol. 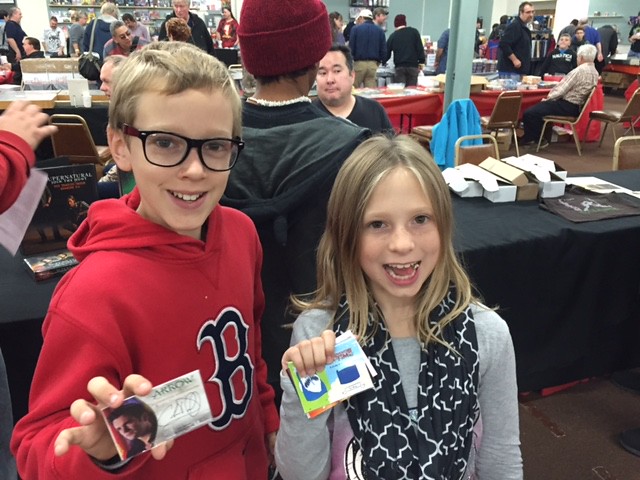 The kids got their Cryptozoic swag from their table. 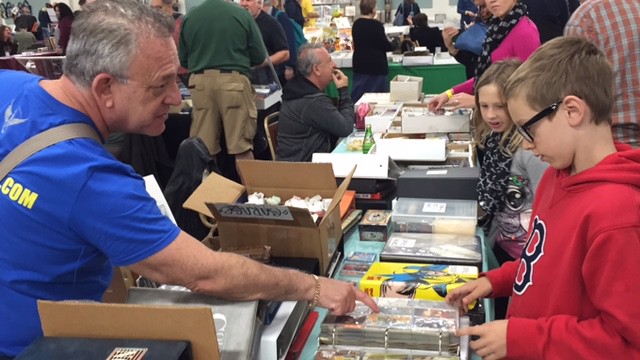 A very nice gentleman showing Lucas some of the interesting promo cards that he had available. 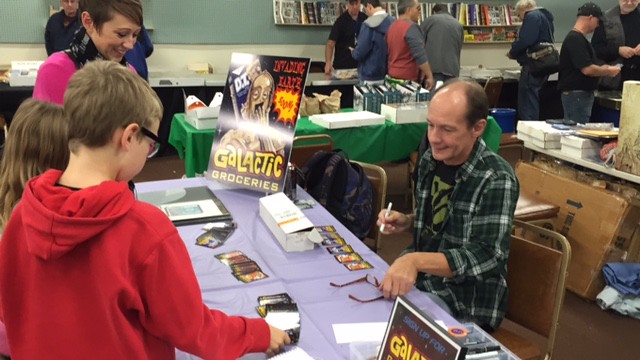 It is great to see independent card sets still coming out. This was an upcoming release featuring parody cereal boxes, the family rally enjoyed looking at those.This message has been edited. Last edited by: Matesamo,