Non-Sport Update's Card Talk
Non-Sport Obituaries
This topic can be found at:
http://nonsportupdate.infopop.cc/eve/forums/a/tpc/f/958604453/m/6427076186
Bill Mullins
Non-Sport Obituaries
Peter Sallis, who was the voice of Wallace in the Wallace and Gromit animated films, has died at age 96. Bill Mullins
Glenne Headly, who held her own against Michael Caine and Steve Martin in "Dirty Rotten Scoundrels," has died at age 62. chesspieceface
Sad news and very unexpected news. It was a pulmonary embolism, so quite sudden, and just terrible for her family and those she was currently working with on a Hulu series.

Loved her in "Dirty Rotten Scoundrels", one of my favorite movies. The last thing I saw her in was "The Night Of" on HBO. She was flawless n her role, as usual.

Nice tribute there from the Dick Tracy Topps trading card set, truly one of the first deluxe non-sports sets, with the beautiful high gloss white stock base cards needed to really show off the movie's groundbreaking color schemes.

Breathless Mahony is OK, but give me Tess Trueheart any day.

Rest in peace, Glenne. Condolences to her family, friends, and fans...

Raven
Headley was what you would call an actor's actor. People in the craft thought she was fantastic, but she never quite made it as a star that could carry a film. She had a couple of star turns before settling into the supporting actor category. Even at that, she made every scene she was in better for her presence.

Yeah I liked the lady and was very sorry to hear of her passing.
Kryten67
Stephen Furst has passed away

I met him ages ago at William Campbell's Fantasticon in L.A.

This was one of the Best Conventions I ever attended or worked. Stephen Furst was as warm and friendly as anyone could hope for.

Every single Q & A started with his favorite Non B-5 Line.... Oh boy is this great!

Today isn't Great but our memories are...

I'm Tired of Losing all these actors I grew up with.

Shocking news, shocked when I've just read this on Facebook.

Ditto met him at a Con a few years ago, seemed like a very nice go.

Bill Mullins
Bill Dana, a comedian who played a character named "Jose Jimenez" during the early days of NASA, has died at age 92. Bill Mullins
Henry Deutschendorf, one of two twins who played the baby "Oscar" in Ghostbusters 2, has died . 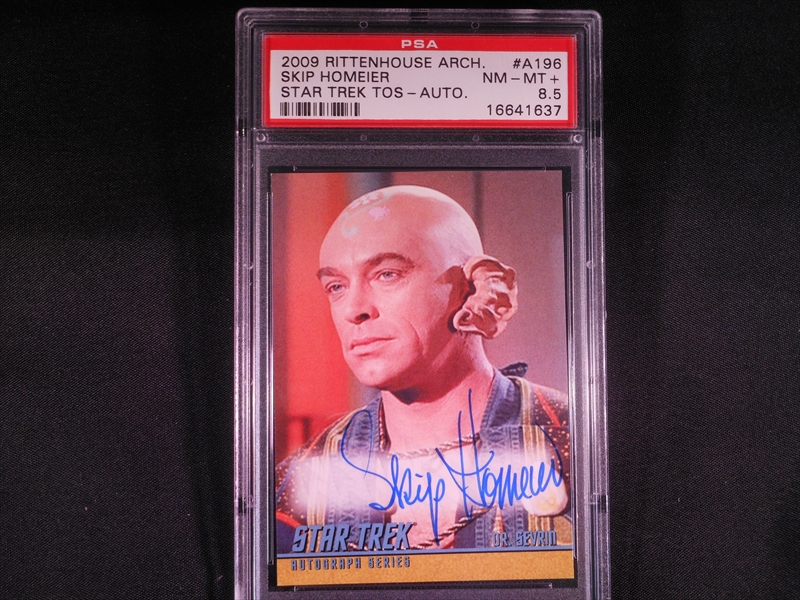 WOMBLE
It's been reported that 'Diamonds Are Forever' actor/stuntman Joe Robinson has passed away, aged 90. 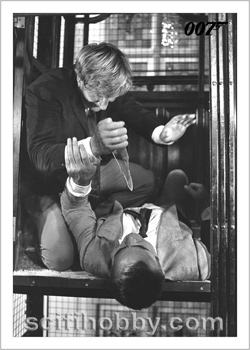 This one is from Rittenhouse: Marco of 258West also made a nice signature card of him and a few other True Blood co-stars before the official Rittenhouse set was made.

Bill Mullins
George A. Romero, director of Night of the Living Dead, died today, age 77. I expect to see him return soon, shambling around and seeking brains. Raven
John Heard passed away at 72, no cause of death yet.

He had at least one autograph card in the Battlestar Galactic series.

Heard was a fine young actor that got derailed as a star later on. He did continue to work in movies and TV though. He had a big part in the Sopranos, but was a familiar face in many shows. I really liked his soft spoken voice, which is what I will remember most.
Bill Mullins

He was also Kevin's father in Home Alone. And was nominated for an Emmy for his role in The Sopranos. 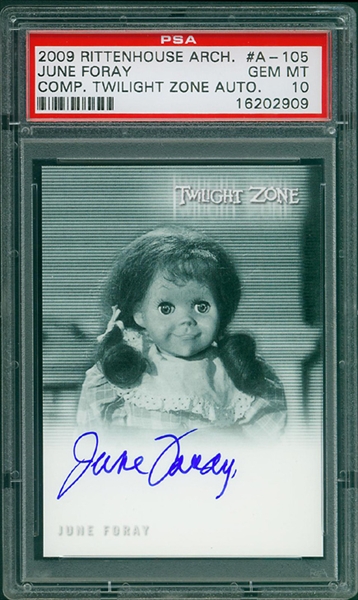 So why not embed the picture?