I did not realize there was parallel set 81 card "GOLD Parallel Base Set". Nothing on the Rittenhouse site.
archifou
That's early.
Miss Lizzy
Yeah, release date is tomorrow.

archifou
Still waiting to my stuff to arrive. I hate custom here

But love the Creatures ;-)

This message has been edited. Last edited by: archifou,
Raj
My case should arrive on Monday. 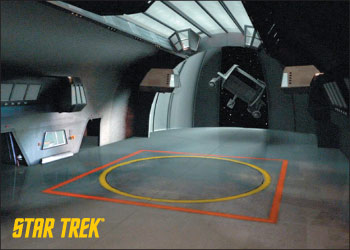 Just ordered mine, but the Chestnut of Shipping Cost!!!!! $14 to have the card Shipping to the U.K. on top of what it cost to Ship the Rewards Points to Rittenhouse.

I probably should have just waited and purchase it off one of those dealers who get multiple copies.
Triple-Frog
That must be a really thick and heavy card to cost that much

.I've had binders and boxes posted from the USA for less.
wolfie
Don't get me started on this, it is the worst thing Rittenhouse have ever done.

quote:
Originally posted by wolfie:
Don't get me started on this, it is the worst thing Rittenhouse have ever done.

Actually, I think making the Complete TNG Autos cards in the style of the Quotable TNG cards is the worst thing Rittenhouse has done.