Ron's photorealistic paintings tell the earliest episodes and exploits of that gallant family as they traversed the cosmos to an unknown fate...

This card series will be featured in the upcoming issue of NonSports Update, as well as the Oct. 17th episode of Alpha Control Alpha Control (The Lost In Space podcast). 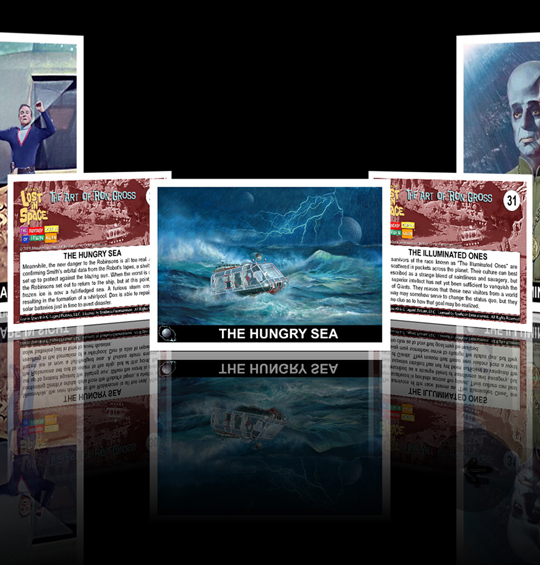 This message has been edited. Last edited by: monsterwax,
aeolus14ummbra
I’m in Kurt - can’t wait for this set! Quick question - based on that auction site, it looks like there are two different P1 promos: same front, but with different backs (one with the LIS text and another promoting Richard Parks Halloween bundle both cards numbered as P1) Can you confirm this? Thanks!
monsterwax
Dang Robert... you were the VERY FIRST ORDER... placed within minutes of the launch! Are you sure you're not IN the Jupiter 2, and just texting us from a secret cell phone?

But seriously, good catch on the promo. There is actually just one promo, the one being currently distributed in NonSports Update. The similar card you saw was one of the base cards in the set. But I hate to duplicate images in a set even though it is very common for promos. Ron had an alternative image with some very cool changes from the base card image, so I was thrilled to use that for the promo. One change is very subtle... can you spot the 4th character?

The promo only has one style back (but different from the base card, of course). Anything suggesting there is a variant promo back promoting another series is not correct.

aeolus14ummbra
One of the aliens from the end of the pilot episode can been seen to the left of the column. First to order? That’s cool! Best of luck with this set Kurt!
monsterwax
Good catch Rob! This series has plenty of other subtle touches as well. You'll have a good time looking for the little Easter eggs... 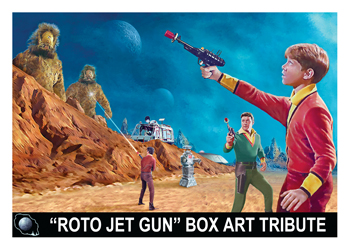 I'm pleased to say the cards turned out great and arrived only a few weeks late from the printers. We have finally caught up on the flood of pre-orders and the response has been terrific. Thanks to everyone for your support and to NSU in particular for helping to get the word out! 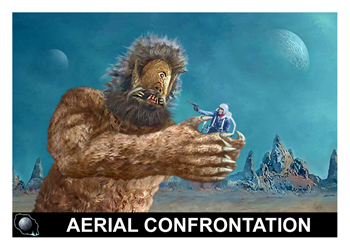