Spyke
awesome fan of his, hope I can get this one. 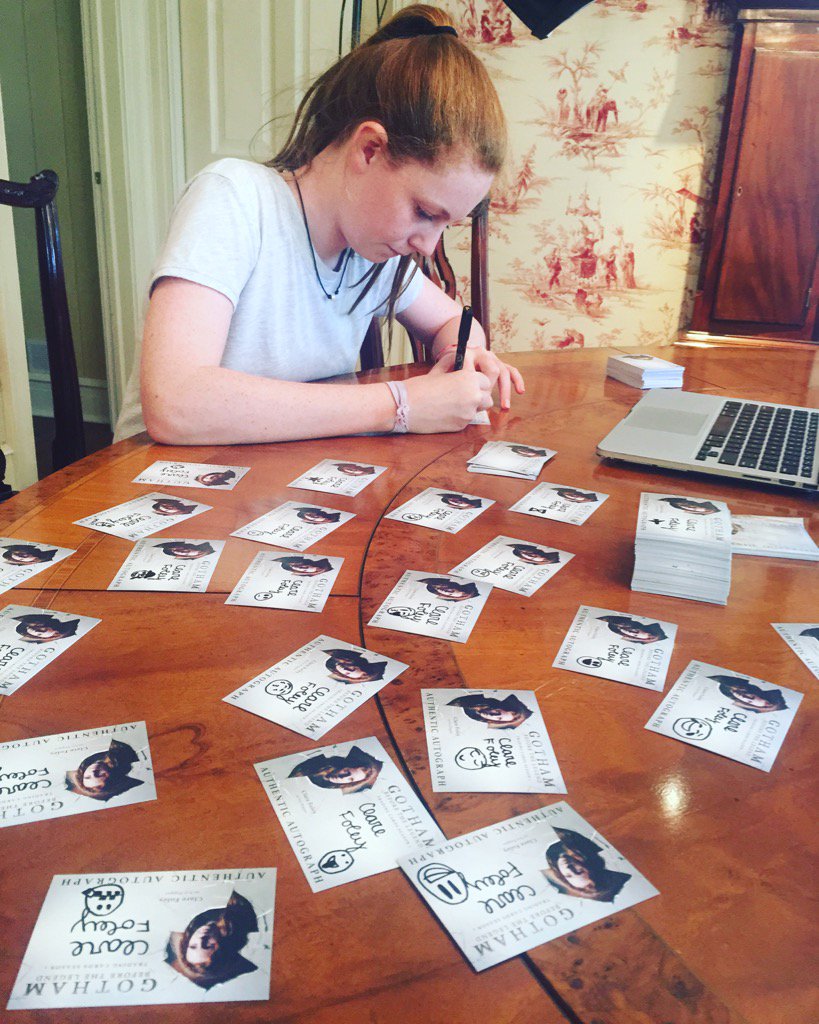 haha love the faces
ts
Any rumors of a release date? Besides the Q3.

quote:
Originally posted by ts:
Any rumors of a release date? Besides the Q3.

With autos still coming in, definitely not. They seem to have taken to announcing release dates only a few days in advance.
ravenheart

Well done to young Master Mazouz for having the best signature in this set.
Triple-Frog
One for Ray Donovan fans

hammer
Nice
damien
this is really looking like a great set
Tommy C
The P3 and P5 promos have surfaced, you know where
Logan

Logan
Release date for this is 8/31.
Scifi Cards
This whole "soon... soon... NEXT WEEK!" release thing is getting old fast.

They had to know it would be ready weeks ago while it was at the printers.

People need to plan, or they may well pass.

Graham
They need to be more worried about pricing collectors out of the market. Two price rises and a case creeping up to $1000 is going to stop a lot of people.
Raven

quote:
Originally posted by Graham:
They need to be more worried about pricing collectors out of the market. Two price rises and a case creeping up to $1000 is going to stop a lot of people.

I'm a big sampler or I was a big sampler of titles. There are a slew of sets with really nice autograph cards just released or in process of release. I'm talking about Gotham, Arrow, Outlander, Flash, Orphan Black, Big Bang, Dr. Who, take your pick. Even though I follow none of those shows except BB, in the past I would have picked up a couple of boxes from all of them just for a base set and an autograph or two. Now maybe I will still do BB, maybe not. The only title I will try to half-way complete and will buy until the last season is done is Game of Thrones.

At these prices I am not going to be randomly jumping around buying cards from a show I don't watch just because my wacky habit kicks in and I like the look of the cards. All of a sudden I'm focused on only one title and will buy a few single autographs directly from sellers.

So who cares? Not the manufacturers because they are increasingly constructing for case breakers and bulk buyers. I'm only a box buyer, two or three tops at best.

However that just shows how stupid this business has become because I am not just one box buyer. I am not unique. Many card collectors follow different titles and try random stuff for the heck of it. The total accumulation of what they might buy annually is huge, even if it is in smaller orders individually on the various titles.

So yes, cost is stopping many experienced card collectors now. The question for the card manufacturers is, do you think your new methods (super limited, ePacks, Kickstarter, NOW, etc.) will bring in enough new buyers to not only increase your sales, but also offset for all the collectors who have cut back spending on new cards or have completely retreated to the secondary market for old cards?

From where I sit right now, the answer is NO.
hammer
With the £ so low against the $ (15% on last year) and the price rise, my buying is being cut back quite a lot. With Postage from US insane I may be buying only 2 products this year.