so looking forward to this one ..
hammer
At the Philly show they had a police Shirt, worn by Jim Gordon, that they were using for costume cards. One set of the Sargents stripes was going to be an oversize redemption
Ryan Cracknell
Some very early details were released today. Not much in the way of specifics, though: http://www.beckett.com/news/20...oic-gotham-season-1/ 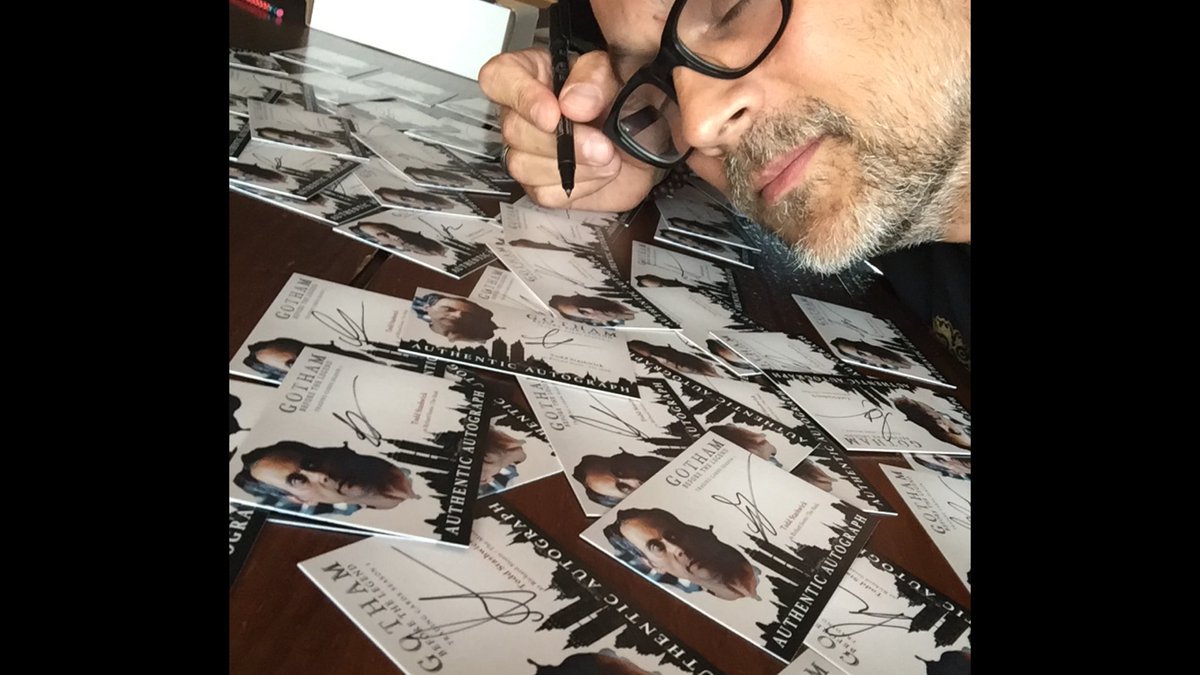 ravenheart
The definition of "signature" continues to be stretched...

Looks like two different card designs per person too.
Logan

quote:
Originally posted by ravenheart:
The definition of "signature" continues to be stretched...

Well Carol Kane is sort of there. I suspect that scribble above it might be Love.

Stashwick and Carrigan have managed to make even their initials unreadable. I think Scolari is trying for a Peter S.

I'm waiting for the day when someone just puts down a big old "X".

dcole
Hmmm... love the show and am starting to become interested in the release...

Lovemesomecards
Count me in on this release. Wasn't sure this was my cup of tea at the start but it really grew on me.

This message has been edited. Last edited by: Logan,
ravenheart

Raven
I like Brandt from her role in Lucifer, didn't even know she was in Gotham.

Now a Lucifer set I would go for.
ravenheart

Also, next week there is a new P5 promo of Alfred exclusive to GTS at the National Sports Con in Atlantic City, NJ