Non-Sport Update's Card Talk
Need some value help
This topic can be found at:
http://nonsportupdate.infopop.cc/eve/forums/a/tpc/f/954605353/m/6797022696
igman7
Need some value help
I picked up a bunch of art sets at an estate sale yesterday and this was on the shelf, upside down...almost missed it.

1994 Keepsake Collection, limited to 5,000 sets but this one is signed by the artist. Can’t find any current listings or recent sales. 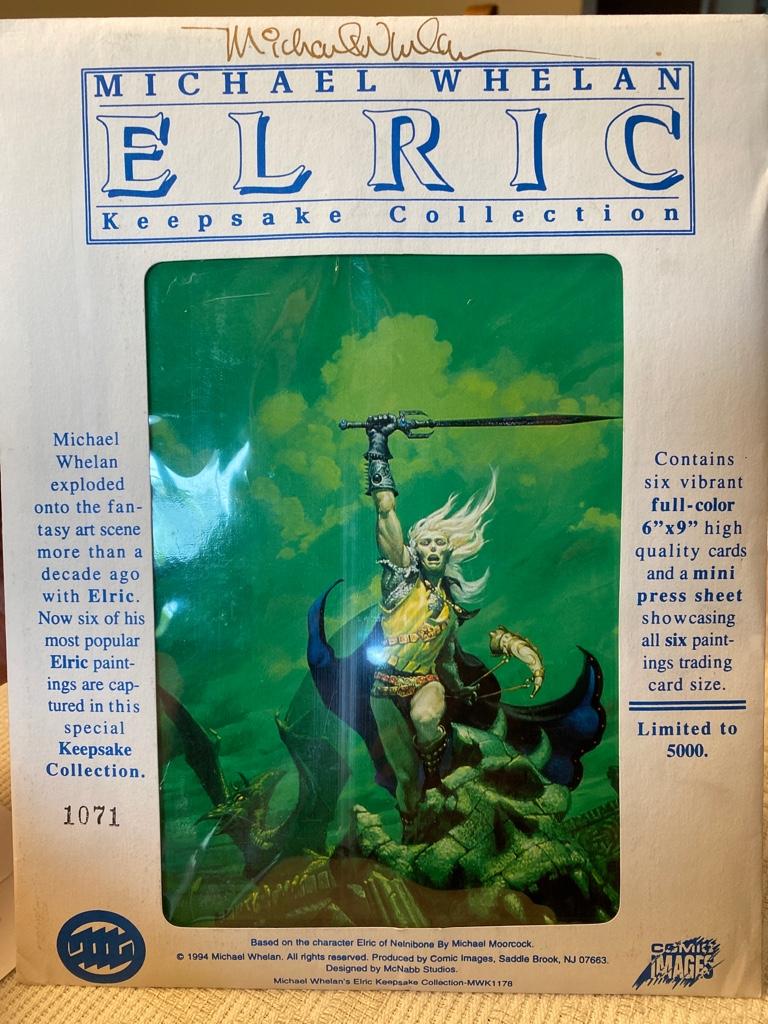 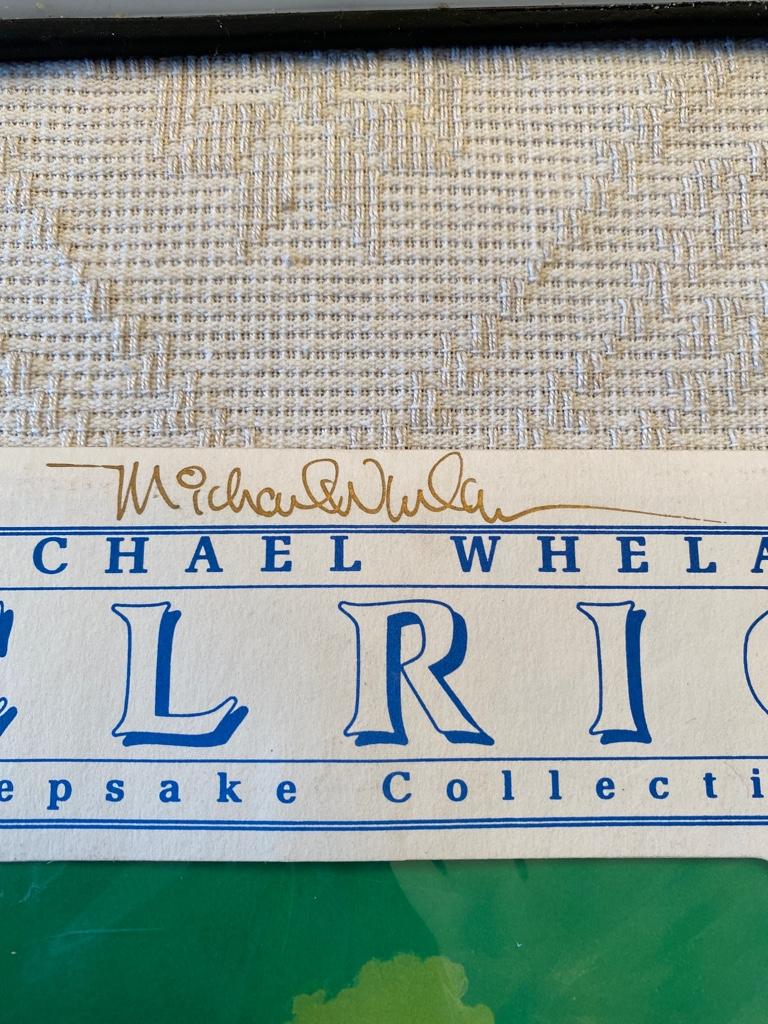 Raven
Try to compare to someone like Boris Vallejo. The card run at 5000 isn't terribly bad when its 27 years later, but if you really went out to look for it, you'd probably find it. The autograph value for an artist that would sign a lot is also not terribly limited and he is alive and still working.

It's a nice find to have for someone who likes Whelan's work, so a fan would pay more. However if its general, I would price at $100 and sell at anything over $60. I could be way, way off, but I only go by what something is worth to me.
catskilleagle
I couldn't find a value for that even going back 15 years in NSU but I do see other Keepsake Collections selling for $15-20 with a Conan one going for $35 plus shipping. If that's not an outlier, that would be the high end of the range. Having a signed one (and that does appear to be his signature) is a bonus but I don't know how much of a bump you would get for that.

From that, I would say it's safe to say it's in that $15-25 range. It's possible it could go for more if you offered that as an auction if it is something that is rarely put up for sale. There seems to be more interest in those Keepsake Collections over the past few years especially for the standard size card inserted in at least some of them.
Raven
Well there's a couple of unknowns here. I do believe that any genuine autograph has to add value, but how did it get signed? Not knowing the pedigree of this Keepsake Collection, were all 5000 signed, or was it a limited edition of the 5000, which would make the item rare? Or were none of them signed from Keepsake, but this was added at another signing?

It makes a difference, as an official signed edition is worth more than an item autographed at a personal signing. Also if the unsigned item is estimated in the $25 range, I think the genuine autograph would have to add at least $20 as a minimum for almost anybody.
catskilleagle
There's no indication on the envelope that it was a signed edition. I have a William Stout one and it wasn't signed. Sometimes, artists will do a signed and numbered "show special" of maybe 50 or 100 of a product but this doesn't look like that either. It appears a previous owner was able to get it signed at some point later.

The autograph looks genuine (very similar to that on a certified card that has sold recently), though I am no expert, so it's going to boil down to whether a buyer is comfortable with it or not and whether all the cards are inside and in nice shape. I'm assuming Igman7 got it cheap.

Jess
Raven
So if it's not a signed limited edition that reduces value to that of the cards combined with an uncertified autograph that is probably authentic. It's a good example of why its so hard to price a collectible. It's not a common item and you may not see it again, but how much should you spend, assuming you have any interest at all?

I was browsing through a thrift store a couple of years ago and they had used books. I happened upon the Michael Caine autobiography "The Elephant To Hollywood" and it had sticker reading Signed $10. It was signed and inscribed to a name that looked like Tommy. Caine has a fairly illegible signature and handwriting in general it would seem.

I got it for the bargain of $8 because I'd never see one like that again, but what's it worth to anyone but me? Not much, maybe $5, if you're a Tommy.

Logan
Searching completed eBay listings via PWCC I see the set (unsigned) has sold for around $20-$40. I also found one signed Elric card which sold for $4.99 ...

igman7
Thanks for all the great input.

For what I paid for the lot, I’m not losing any sleep if it doesn’t sell for big money. Here is the only other pic of a signed copy that I was able to find as opposed to the unsigned ones. Looks likely the sigs are from con signings as the serial numbers aren’t close together. 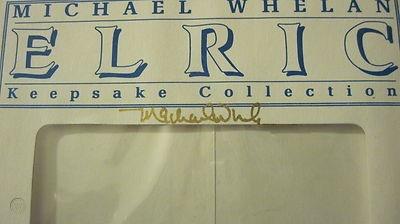 mykdude
Ahhh! Remember when limited to 5000 meant something?