Non-Sport Update's Card Talk
Super-Rare Appearance of Mickey 'N Friends cards
This topic can be found at:
http://nonsportupdate.infopop.cc/eve/forums/a/tpc/f/954605353/m/6357078796
catskilleagle
Super-Rare Appearance of Mickey 'N Friends cards
Here are 6 views an incredibly rare factory-sealed case of "Mickey 'N Friends Fun Cards" (Skybox, 1996). It's an educational card set for kids but cards, boxes, and cases are sought after by longtime Disney collectors because the distribution seems to have been quite limited. I was informed this case sold recently for a mere $40 and may be the only case that has appeared for sale in at least the past 20 years. 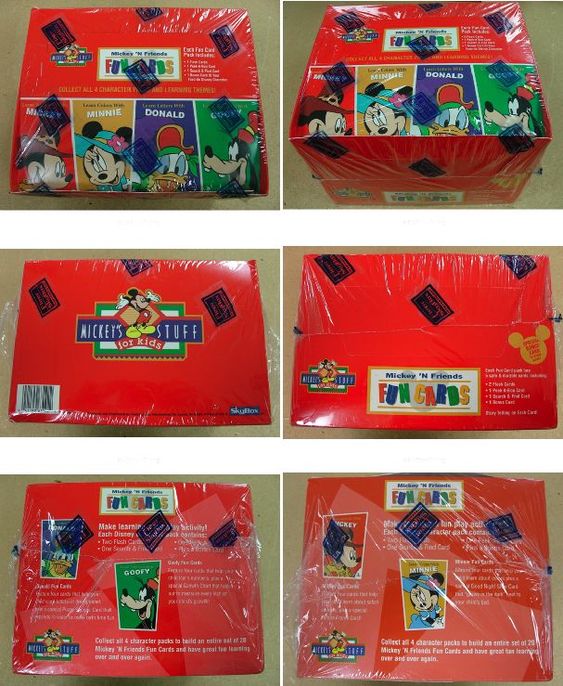 catskilleagle
Here's a scan of a card pack and the 5 cards that were inside. There are 4 different subsets of 5 cards with each subset featuring a Disney character and a theme (e.g. learning letters) These cards are rarely seen and are sought after by Disney collectors who have to have everything. There are also 3 different promo cards for the set that were distributed separately and seldom-seen as well. 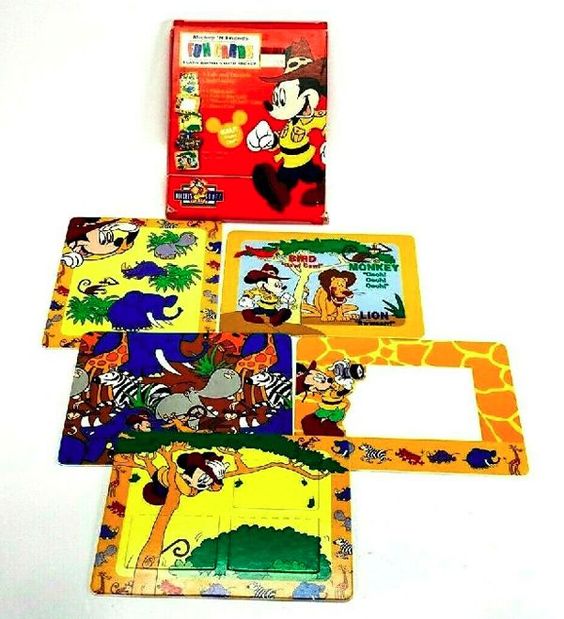 wolfie
........and the lucky person who purchased these is not a million miles away from here.

David R
Thanks for posting these, Jess.

I have been searching ebay for these for over 20 years, and have never seen them show up before now. However, I have seen a sell sheet from 1996 on ebay.

In one of the issues of PCE, Todd had a nice full color photo of the Donald Duck pirate promo card.