Non-Sport Update's Card Talk
Indiana Jones: Kingdom of the Crystal Skull (2008 Topps)
This topic can be found at:
http://nonsportupdate.infopop.cc/eve/forums/a/tpc/f/4026073384/m/1071005282
allender
Indiana Jones: Kingdom of the Crystal Skull (2008 Topps)
It's a circle. My information came mostly from this thread; Larry C. summarized the NSU article in 2008 (page 8). NSU was the only hint I saw that there was a Dark Horse set. A few (but not many) retail foils showed up in auctions when the set was new.
cardaddict
Back in the good old days when I used to collect like Koo-Koo-Karazy, I always kept a sealed box and four or more unopened packs from each set. This is just ONE of those boxes. There are only four Indiana Jones packs in one of them, but I have no idea where they came from: show, Target or Wal-Mart. Who knows what hidden treasures are to be found here!

Raven
OMG, are you ever going to open them? I could never leave anything sealed for very long.

cardaddict
Maybe after I open all of these.
Just SOME of my sealed boxes, these are stacked two deep: 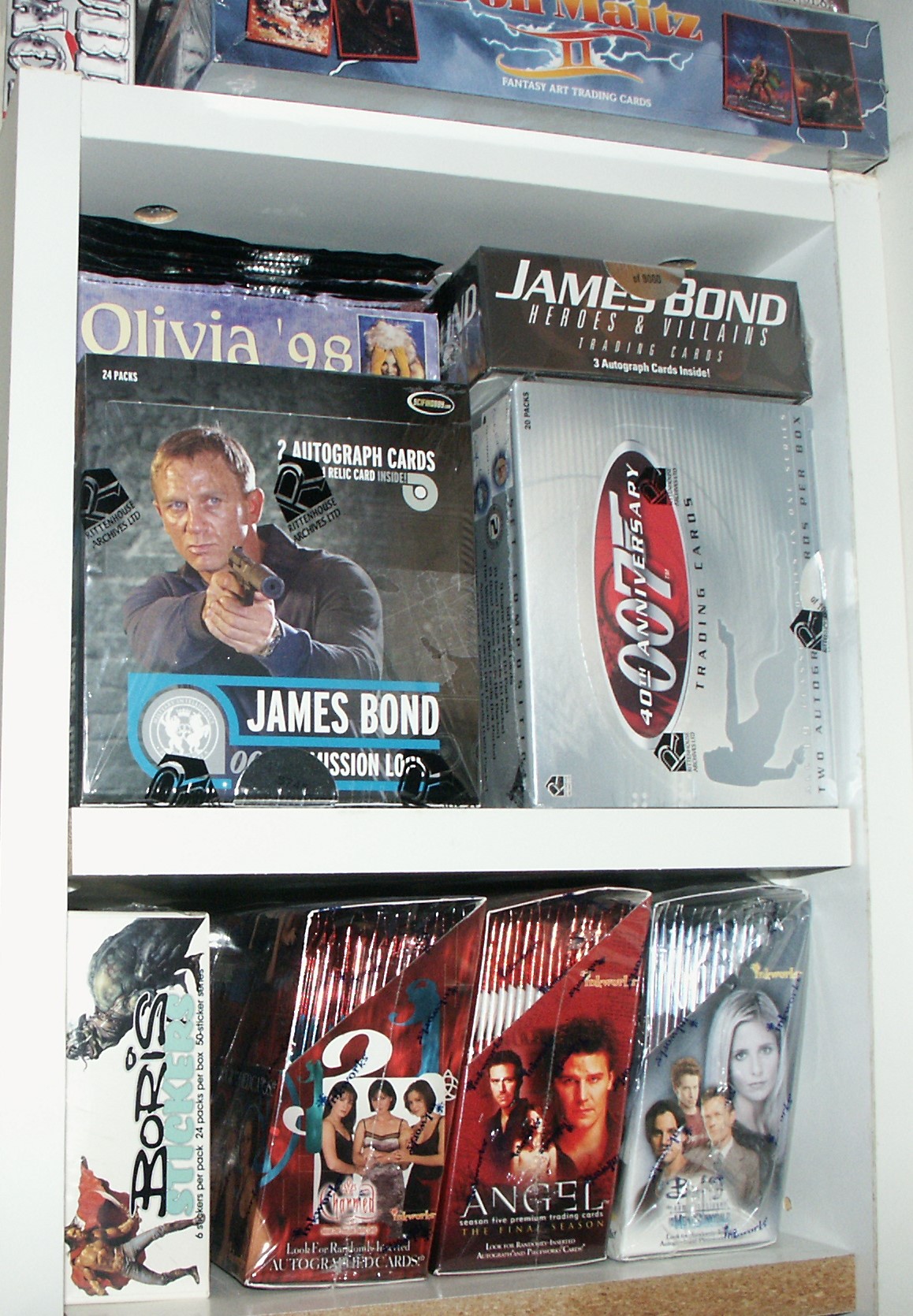 David R
Does anyone have handy the 2008 NSU article that Jeff referenced above ? Maybe it says where the Dark Horse set was available.

I wonder if Larry C. recalls. However, it looks like he hasn't posted on Card Talk since 2012
cardaddict
I sent all the 2008 issues to catskilleagle. Maybe he can look up the article.
archifou
It was only mention from Dark Horse without saying in which publication. This is the reason why I called Dark Horse and they have said at the time it was not produced

Here is an image of my master set 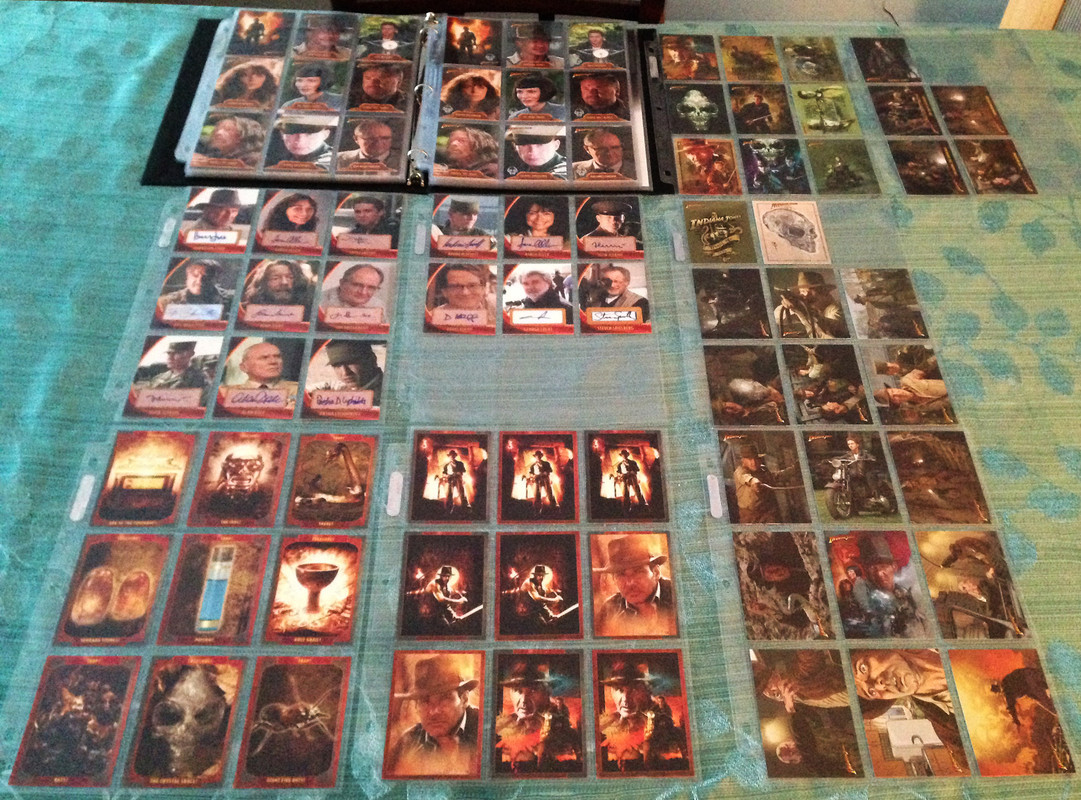 cardaddict
Very nice! I can see some of the stickers I'm missing and never saw before. I'm also missing those easy to get Ford, Spielberg and Lucas autographs.
David R
Just wondering one thing about this set.

If the Wal Mart and Target packs had the exclusive foil cards (5 for each store), what foils (if any) came in the non Target and non Wal Mart retail packs, or were there none ?