I was wondering if anybody has information about these cards? I just happened to see on on ebay because I was looking for something else with the same name: "Groo", he happened to be on card #12.

Golden Apple if I am correct is a comic shop in the Los Angeles area.

So how big are these cards? They are supposed to be oversized? Also do any of you guys know who is on the others?

I don't have any of my own but didn't like to see your post go unheeded for so long.

Here's a partial checklist from an auction from 4 years ago, not one of mine.

They don't surface often, it seems, so good luck!

This message has been edited. Last edited by: chesspieceface,

dpolis
I appreciate your response!

catskilleagle
I've been looking at some of these cards online for a couple of years. Unfortunately, sellers want a ton of money (as in $75-200 each) for them even though almost every one I've seen is less than Near-Mint - often with at least one damaged corner and/or creased. They have been fishing for the desperate even before the current card craze. They are uncommon but don't push for the Mint price for cards that might not even be Excellent. I've noticed that when they are offered in auctions, EX-NRMT cards actually sell for $10-30. I missed out on some recent auctions that appeared when I wasn't checking.

I would be careful if you're thinking of buying one because some of the ones I've seen appear to have been trimmed at the top and bottom borders at least. Keep in mind these cards were originally 4 1/4 x 5 1/2 inches and should not be smaller along either of those dimensions.

Here's an updated checklist (I still haven't seen three of the cards): 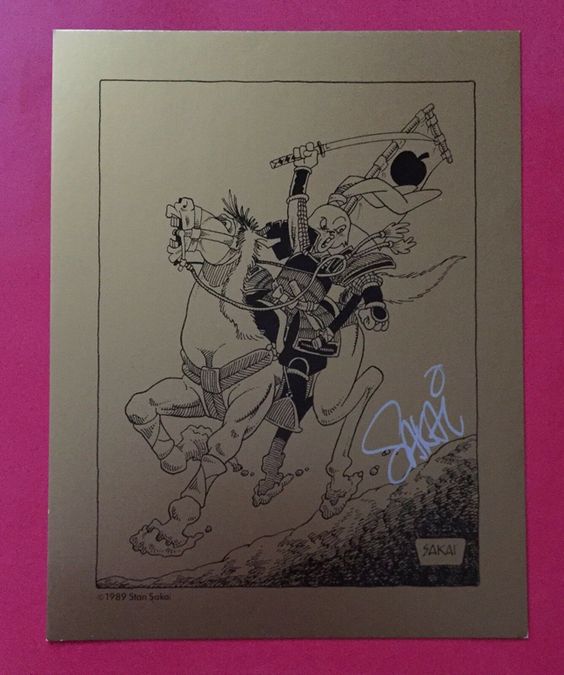 This message has been edited. Last edited by: catskilleagle,
Tommy C
Here is Card # 2. The Punisher by Jim Lee.

https://www.worthpoint.com/wor...nniversary-411881844
catskilleagle
Thanks. I updated the checklist above.

promoking
Does anyone know what it sold for?

No, and as you know, these cards have wild price ranges. I've seen a #7 card sell for as little as $7 and the most I've seen any of them sell for is $225 for the #16. Nearly all the ones I've seen for sale would be graded less than NM. Usually, there's at least one creased/worn corner and a couple of nicks along the edges but a card like that can still go for $50 or more. That tells me that they have become rare and those who have been looking for particular ones will overlook dings to get an otherwise decent example. Sellers have been trying to get between $150-300 each online but I've seen one actually sell for more than $100 just once.


quote:
Originally posted by promoking:
Does anyone know what it sold for?

David R
The link says that the Punisher card sold 9 years ago in February 2013.